During my first year as a parent, I often marveled at how quickly my newborn could cycle through emotions, and how easily I was carried along the same journey. One second he would be cooing contentedly; then out of nowhere he would start crying. At times he’d be inconsolable, prompting me to burst into tears along with him. And suddenly we’d be back to happiness, both of us smiling and giggling. The entire range of emotions sometimes happened within five minutes. 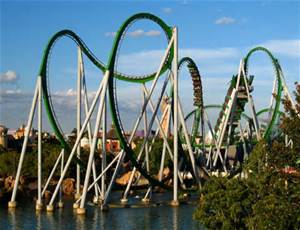 The journey of racial reconciliation is a lot like that. In rapid succession, we celebrate signs of the hope of reconciliation and lament the continuing evidence of racism. We even do both at once. The emotional roller-coaster can be draining.

At this moment, I am feeling the fatigue. I am tired of the reconciliation roller-coaster. This past week has had some incredible highs. On Sunday, The Nett Church held its first preview service. I’m the discipleship pastor for this new worship community that is trying to become beloved community. It was refreshing and inspiring to be able to name that openly in the context of worship and to invite others to join us on the journey.

There’s also my ongoing racial reconciliation course. Each week I am energized by my students and their openness to engaging a difficult subject in a different way. I am grateful for their willingness to journey with a professor who is, as Dr. Gardner C. Taylor would put it, complicit in the brokenness against which she preaches. I am excited by their affirmations of the significance of the course and their grappling with how to extend their learning beyond the classroom.

If racial reconciliation were simply about focusing upon and healing past divisions, I could probably bask in the promise and possibility of these experiences. I wouldn’t have to also confront the fear and anger that comes from passing the full-size confederate flag that a neighbor (about 1/4 mile down the road) posted at the edge of their front lawn last week. Technically, it’s the old Georgia flag, which pisses me off even more because if they’re gonna make a statement, they should just do it. 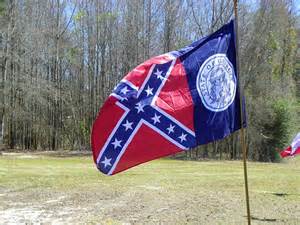 Nor would I have to keep getting angry with white people – especially so-called liberals – telling me that I don’t know when I’m experiencing racism: the neighbors who told me it wasn’t about race last year when a white man aggressively tailed and photographed an African American woman visiting my home for the first time on the very same block where the flag now stands; the psychology colleagues who insisted that “You speak English very well” is not an example of a racial microaggression in last week’s continuing education workshop on diversity.

Sometimes I wish I could utter the prayer of Gethsemane: Lord, if it be thy will, take this desire for reconciliation from me. But having been seduced into God’s mission of reconciliation, I could not, even if I wanted to. So I keep pressing forward, training my gaze to focus on the visible signs of hope as I endure the pain of the struggle.

And when that fails, it’s time to get a massage.